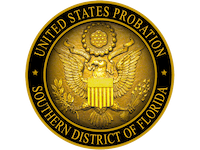 Travel While on Supervision

As a component of the federal judiciary's responsibility for community corrections, the federal probation and pretrial services system is fundamentally committed to protecting the public and assisting in the fair administration of justice. United States Probation Officers are community corrections professionals who serve as officers of the Court and as agents of the United States Parole Commission. They are responsible for the supervision of persons conditionally released to the community by the Court, the United States Parole Commission, the Federal Bureau of Prisons (BOP), and military authorities. Officers carry out these responsibilities by assessing the risks, needs, and strengths of each defendant/offender to determine the appropriate level of supervision. The desired outcomes of supervision are to ensure compliance with all court-imposed conditions of release, appearance in court as required, the execution of the sentence and the protection of the community by reducing the risk and recurrence of crime and maximizing defendant/offender success during the period of supervision and beyond.

For an overview of the various components of supervision, please refer to the following site: Supervision in the Federal Court

The function of the United States Probation Office is to collect, verify, and report to the judicial officer, prior to the Federal pretrial release hearing, information pertaining to the pretrial release of each individual charged with an offense, including information relating to any danger that the release of such person may pose to any other person or the community and, where appropriate, include a recommendation as to whether such individual should be released or detained and, if release is recommended, recommend appropriate conditions of release.

The officer prepares a report that assists the Court make an informed release or detention decision. If the defendant is released, probation officers are responsible for assisting persons under supervision in complying with conditions of release, monitoring compliance, providing necessary support services, and informing the Court and the United States Attorney's Office of all apparent violations of the conditions of release. The objectives of supervision are to reduce the likelihood that persons on pretrial release will fail to appear on scheduled court dates, or commit crime, or otherwise pose a danger to any other person or the community.

It is the duty of the probation officer to inform the Court of any violations the defendant incurs while on bond. Should the defendant fail to report as instructed or not comply with any of the court-ordered conditions, he/she may be brought before the judge for stricter conditions or remanded back into custody.

In supervising defendants, officers serve as agents of the court ensuring that released defendants comply with the court-ordered release conditions, thereby assisting with their needs pending trial while promoting law-abiding behavior. Specifically, the Probation Officer's supervision duties include: conducting regular interviews with defendants in the Probation Office and at their place of residence; verifying they are employed or seeking employment; monitoring their compliance with drug and alcohol treatment or mental health counseling; arranging for educational or vocational training for them; assisting them in finding employment, and referring them to appropriate community resources.

In instances where a defendant needs 24-hour monitoring in the home or elsewhere in the community, pretrial supervision may also include home confinement with or without location monitoring.

It is the duty of Probation Officer to inform the court of any violations the defendant incurs while on bond. Should the defendant fail to report to Supervision as instructed or not comply with any of the court-ordered conditions, he/she may be brought before the judge for stricter conditions or remanded back into custody.

Community-based supervision of defendants provides an important and significant benefit as a major cost-saving alternative to jail or prison. It costs significantly more to house a defendant in the federal prison system than to supervise a defendant in the community. An effective program of supervision helps protect the public by reducing the risks that persons under supervision will commit future crimes, while providing necessary services to assist the defendant in coping with daily issues and problems pending completion of the federal criminal case. As an alternative to incarceration, pretrial supervision allows federal defendants to remain with their families, maintain employment, receive needed services, and provide support for them to be productive members of society.

United States Probation Officers work with offenders to facilitate their reintegration into the community as law-abiding and productive members of society. Federal supervision is a dynamic process throughout which officers keep informed and, consistent with the conditions of release and individual circumstances, intervene with strategies designed to manage risk and provide offenders with the tools and services they may require to improve their conduct and condition. It is through such intervention that officers further the goal of public safety during the period of supervision.

Officers carry out these responsibilities by assessing the risks, needs, and strengths of each offender to determine the appropriate level of supervision. The goal in all cases is the successful completion of the term of supervision, during which the offender commits no new crimes; is held accountable for victim, family, community, and other court-imposed responsibilities; and prepares for continued success through improvements in his or her conduct and condition.

Parole and mandatory release are forms of early release from prison at the discretion of the United States Parole Commission, which sets the conditions of release and maintains jurisdiction of offenders who were sentenced prior to November 1, 1987. Unlike individuals on probation or supervised release, parolees and mandatory releasees serve a portion of their sentence of imprisonment in the community.

A person sentenced to supervised release serves a term of community supervision following a period of imprisonment. It is a sentencing option available to the Court for all offenders who committed their crimes on or after November 1, 1987. Unlike parole, supervised release is not a form of early release from prison, but rather a separate component of the original sentence imposed. These offenders are under the jurisdiction of the sentencing court, which determines the conditions of supervised release.

In the federal system, probation is a form of community supervision that is imposed as a sentence following a criminal conviction. Offenders sentenced to probation serve their sentence in the community, as opposed to jail or prison, provided they abide by the conditions of probation as ordered by the Court. Eligibility for probation depends on a number of factors, including the seriousness of the offense and the extent of a defendant's criminal history. Following an adjudication of delinquency, the Court may place a juvenile on probation or impose a term of juvenile supervision to follow official detention.

United States Probation Officers are authorized to supervise persons conditionally released into the community under the provisions of 18 U.S.C. § 4243 (Hospitalization of a Person Not Found Guilty By Reason of Insanity) and 18 U.S.C. § 4246 (Hospitalization of a Person Found Guilty and Due for Release but Suffering from a Mental Disease or Defect). Unlike probation, supervised release, or parole, conditional release is a civil rather than criminal form of supervision.

The following are the standard conditions of supervision that apply to all persons under active supervision and provide authority for monitoring and controlling the offender.

I. You shall not commit another federal, state, or local crime during the term of supervision.
"No person under supervision shall violate any local, state, or federal law, including Driving Under the Influence. All violations are reported to either the United States District Court or the United States Parole Commission for appropriate action."
II. You shall not leave the judicial district or other specified geographic area without the permission of the Court or the probation officer.
The judicial district consists of Miami-Dade, Broward, Monroe, Palm Beach, Martin, St. Lucie, Highlands, Okeechobee, and Indian River Counties. Travel during the first 60 days of supervision will not be authorized except in cases of documented emergencies. All travel outside the judicial district requires a written travel permit obtained from the probation officer at least two weeks in advance.

Mental Health Treatment, which includes such services as psychological/psychiatric evaluations; individual, or family counseling; and medication, is provided to persons who suffer from mental health problems. These persons either are under pretrial supervision while awaiting a court appearance; on probation; or on parole or supervised release after serving time in prison. Treatment is ordered either by the U.S. District Court or the U.S. Parole Commission as a condition of releasing them to the community.

Mental health treatment helps defendants and offenders in many ways. It helps them address issues that may have led to their problems with the law. More importantly, it puts in motion strategies aimed at stabilizing them so that they do not present a danger to themselves or others. Thus, treatment serves to maximize public safety and the individual's potential for living and functioning effectively in the community.

In addition to medication treatment, psychosocial treatment such as cognitive behavioral therapy, interpersonal therapy, peer support groups and other community services can also be components of a treatment plan and that assist with recovery.

The Southern District of Florida provides counseling services to all federal defendants and offenders who have a substance abuse or alcohol related special condition. These services are provided through the use of either available community resources and/or contracted vendors. These cases are typically supervised by officers with specialized training or certification in the field of addictions.

Substance abuse treatment is a tool that helps U.S. Probation supervise or monitor defendants and offenders in the community. Treatment, which includes urine testing and services such as group counseling, individual counseling, family counseling and detoxification, is provided to persons who abuse illegal drugs, prescription drugs or alcohol. These individuals either are on probation, parole, supervised release or on pretrial supervision. Treatment is ordered either by the U.S. District Court or by the U.S. Parole Commission as a condition of releasing these persons to the community.

(Information cited from the Office of Probation and Pretrial Services, Administrative Office of the U.S. Courts, 2007).

It is the policy of the Southern District of Florida to provide counseling services to all federal defendants having treatment related conditions. These services are provided through the use of either available community resources, contracted vendors, or by services rendered directly by officers with specialized training and certification or by any combination thereof.

Official Portal of The State of Florida

The Location Monitoring Program will provide a safe and cost effective community based alternative to detention/incarceration that minimize community risk, and reasonably assures the defendant's appearance at all court proceedings through intensive supervision and accountability.

Location monitoring is not a sentence in and of itself, but may be a condition of probation, parole, or supervised release, as well as a condition of pretrial release. The Court may also use it as a sanction for persons who violate the conditions of their supervision, and the Federal Bureau of Prisons may use it for inmates released to serve the last part of their sentence under the supervision of United States Probation Officers. A benefit of the Location Monitoring Program is that it costs about one-fourth the cost of custody. In providing an alternative to detention and incarceration, location monitoring allows defendants and offenders to continue to contribute to the support of their families.

The persons under location monitoring are confined to their residence, linked to an electronic monitoring system, and required to maintain a strict daily activity schedule. These court-imposed restrictions, combined with close supervision by a probation officer, help deter further crime, ensure the safety of the community, and bring order to the defendant or offender's life. While location monitoring does not necessarily prevent a defendant or offender from committing a new crime, it does enhance the officer's ability to supervise more effectively.